One of the three latest additions to the collection of the Joyce Computer Club is the PcW 9512+. These additions comprise the PcW 9256, PcW 9512+ and PcW 10, which never made it to the Dutch market. Probably because the venture with Schneider had broken up and Amstrad was not yet properly represented in Holland. I am still in the process of investigating these models and the information is still incomplete and may vary for some time to come… 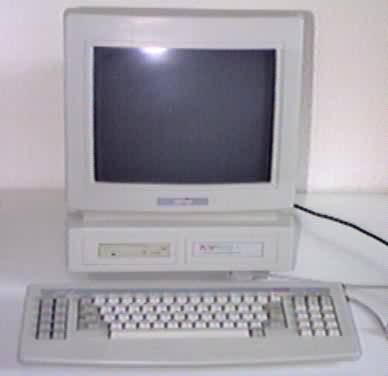 The PcW 9512+, was introduced in 1991, along with the PcW 9256 and, as elaborated upon with the PcW 9256, this computer was aimed at the serious word processing customer. This model resides in the case of a PCW 9512 and has the same keyboard and monitor. It also only came with 512 kilobytes memory and a 706 (called 720) kilobyte drive. The standard format written is still the CF2DD format, however. Only the physical size differs: it is a 3.5" disc drive, allowing for easier exchange of data with PC's: several conversion programs were around, although the LocoScript file format still presents the users, that want to retain their layout, with a problem. 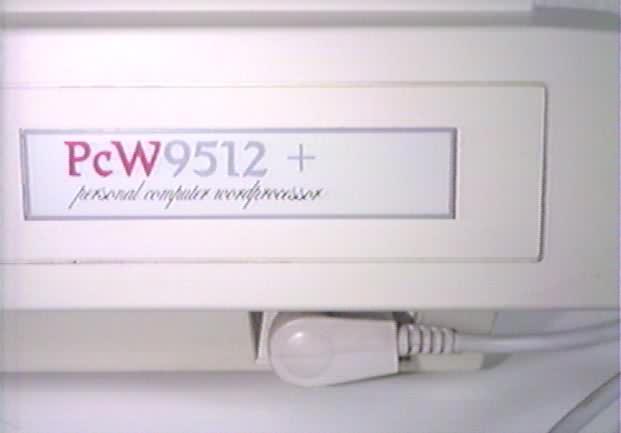 At first sight the PcW 9512+ looks like a standard PCW 9512 indeed and except for the label (right) and the 3.5" disc drive it can hardly be distinguished from its elder brother. There is one more big difference, however. 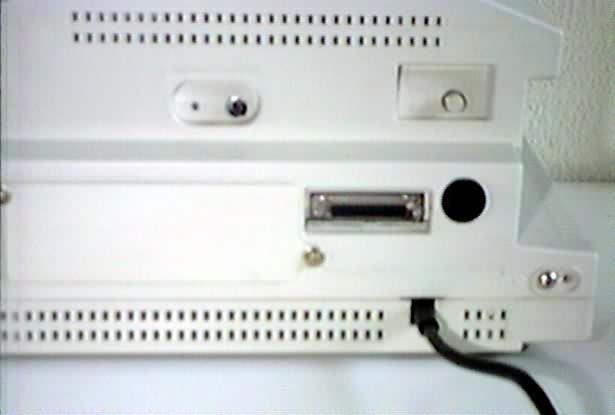 The back shows the most disturbing difference from the 9512. Apart from the 3.5" drive the 9512+ could have been called PcW 9512- (minus). It still has the round connector for the daisy wheel printer (right) and the standard Centronics port but the port of the expansion connector has been shut off. Like the PcW 9256, it does accept add-on interfaces from the 8000 series. Perhaps, in view of the targeted customer, the cramped space for add-ons was not such a problem for the PcW 9512+ but it is does mean less versatility. 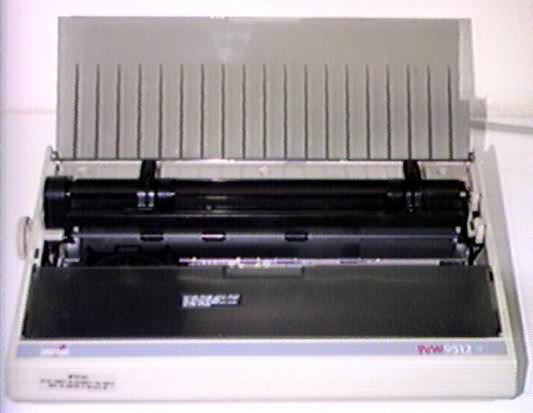 The same daisy wheel printer that came with the PCW 9512, looking huge and old-fashioned. But if you have one of these printers you have the best quality that can match a 600-dpi laserprinter at a very low cost price.

This photograph of the daisywheel printer with a sheet feeder attached for about 50 single sheets of stationery demonstrates the extra-ordinary capacities of these devices. The printer provides for excellent printing quality, the sheet feeder will allow for the slow speed of the printer (you can leave it alone to finish a large print job). In addition to that it will result in identical left and right margins on all printed sheets -an even better solution than the Margin Maker for the 8000 series, but I have not heard of a sheet feeder for the 8000 series matrix printer!

For the users that wanted to print graphics, attaching another printer, via the Centronics port, was also an option. When compared to the PCW 9512 I believe this model to be perfect for the targeted group and the 3.5" drive allows cheaper consumables (3" discs are expensive and clumsy), but I prefer the original 9512. You can always fit a 3.5" in a PCW 9512, in the space provided, and have it all. If you can get used to the keyboard, that is…