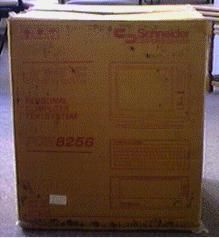 Herewith a couple of pictures of the first model of the successful PCW series, the PCW 8256 and the various details of this computer and it's bigger brother, the PCW 8512. A bit of nostalgia, looking back into the past century! From the box to the desktop…

The PCW as a lot of us saw it the first time: keyboard and printer. But for the loose cables, as it was before unpacking. The specimen still has the original packing it came in and is in mint condition. This particular model is a European one, marketed by Schneider, so I am not sure whether the details are the same as with the UK Amstrad box (I guess so, though: it was a mass product after all). The computer itself is almost identical: only the label, discs, and manuals differ. 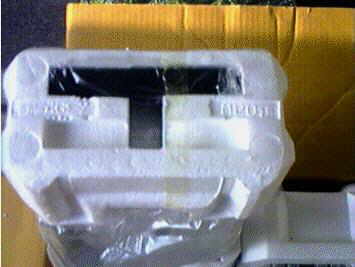 The various parts of the computer, still packed in their styrofoam casings, I would say even the tape is the original one! The system discs (visible in the picture below, packed in the casings to the left and right in the box) are no longer sealed but have obviously hardly been used… One detail that certainly does differ from the UK version: there are two manuals, one combination for LocoScript, CP/M and Logo and one for the Basic programming language. It has a soft cover instead of the blue ring bound version of the UK manual

And, of course, this manual is in Dutch as this PCW was sold in Holland. That was one of the success factors of the Amstrad PCW series: it came with the manuals in the language of the country and often the keyboard was customised as well (instead of the default QWERTY layout you can encounter QWERTZ or AZERTY). Special versions (among others the German and USA version) have different adapters and have shielded main boards in order to comply with local regulations. In The Netherlands the PCW became known under the nickname "Joyce" and the designation PCW is rather unknown. 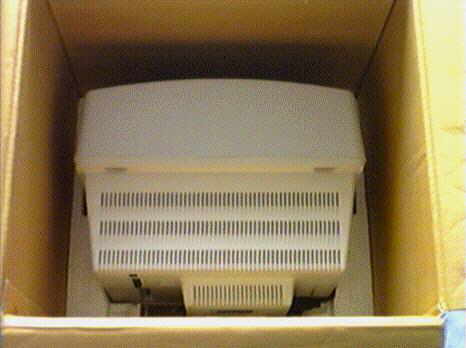 And then, finally, after unpacking and unwrapping the top components there it is: the first glimpse of the PCW 8256. A worthwhile companion that has proven itself over and over in the SOHO business. Most contemporaries have ended up on the scrap heap years ago, due to replacement or defects. This one still remains on duty on a lot of desktops and passed the century without any problem… 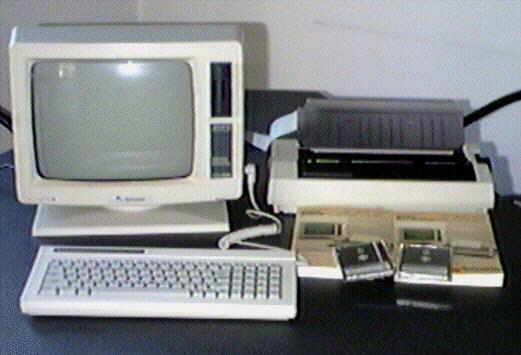 The PCW 8256 more or less in the classic pose as the combination Amstrad/Schneider advertised it in joint venture. The major difference between the continental (Schneider) marketing and the UK approach was that Schneider stressed that it was a multi-purpose computer rather than a dedicated word processor. Consequently, the price at with it was put into the market was higher. Looking back you may say that Amstrad was the more successful company… 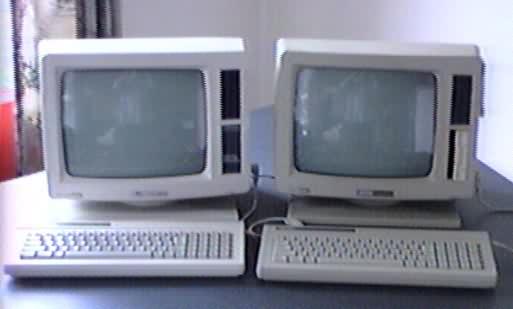 A short time after the PCW 8512 was introduced: it was basically identical, featuring a darker colour, 512 instead of 256kb and had a second disc drive. The model shown in this picture is not original: the 3" drive has been replaced by a 3.5". 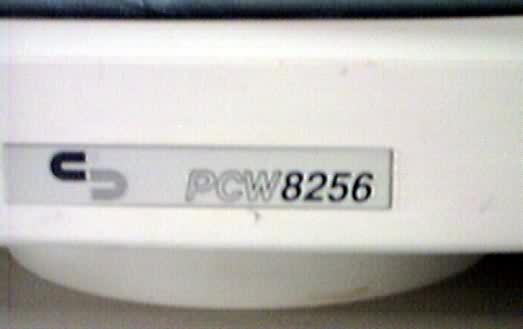 A Schneider labelled PCW 8256: as marketed on the Continent. 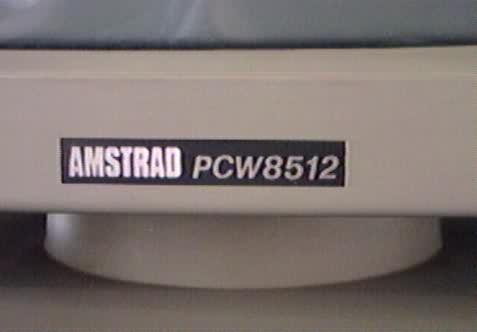 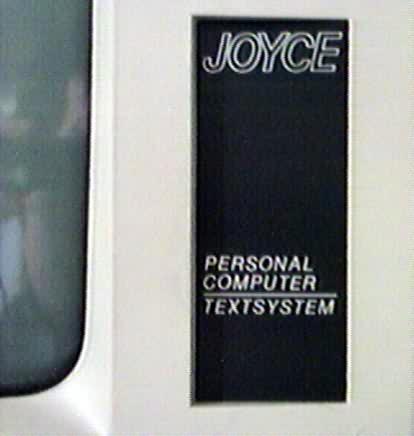 The most obvious difference between a PCW 8256 and 8512, except perhaps the colour, is the 3" 706kb CF2DD disc drive. Displayed is the German version. 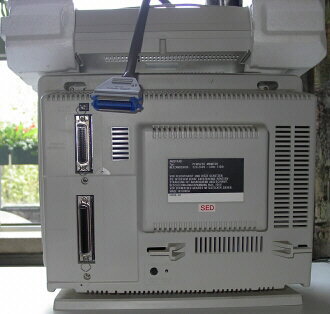 After 1990, when the joint venture between Amstrad and Schneider had broken up, Amstrad continued production of the PCW for the German market (in fact for most other European countries as well). German consumer electronics standards, however, required modifications to the design and the German model deviates more than the other European (keyboard layout) or American (power supply) models.

You can see from the back of this German 8256 that it features connectors, rather than flimsy pcb-strips. The matrix printer has been provided with a male Centronics parallel connector. But, of course, this does not qualify the PCW matrix printer for a regular PC-Centronics connection!.

The expansion port has also been fitted with, a less common, 50-way connector. It made it difficult to fit standard add-ons, but the connections actually do not differ: one only has to use an adaptor. This allows a normal add-on to work with a German Amstrad or Schneider. 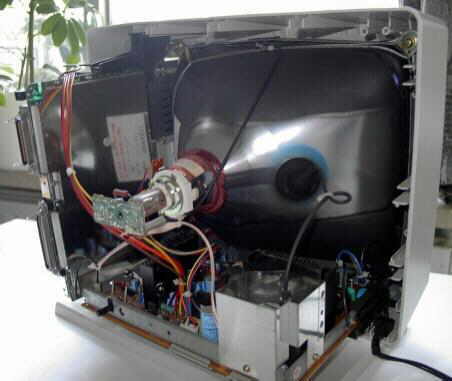 The modifications on the inside comprise of metal shieldings around two components. Most notoriously the main board (visible on the left side of the picture - the vertical metal container with the connectors discussed above): it has been shielded from electronic interferance. Or to cause interferance, as the PCW is known to duplicate its screen display on several TV-channels. Actually a neat feature! But the modifications, required for German approval, are improvements to the machine when you do not want trouble in the family.

It was, however, a nasty surprise when I first encountered a German Schneider which was brought in at a club meeting in, I believe 1988, for a memory upgrade. The screws of the metal casing take ages to unscrew and, later, to fit again...